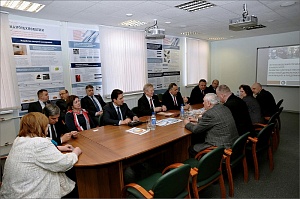 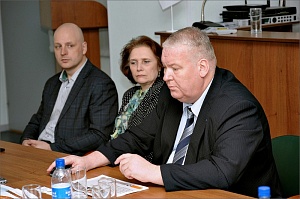 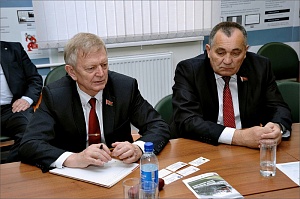 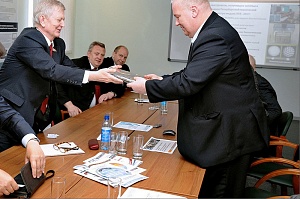 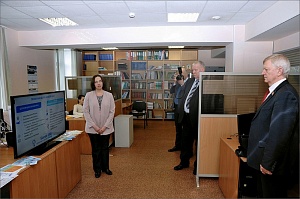 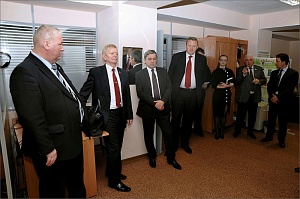 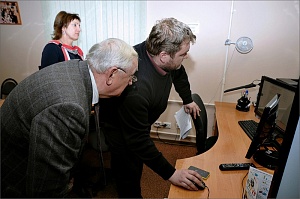 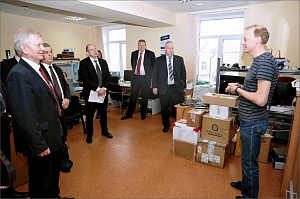 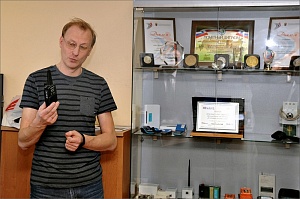 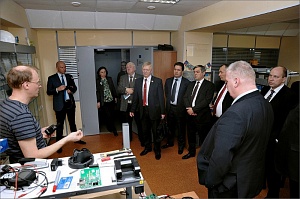 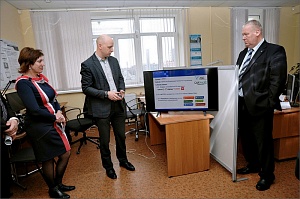 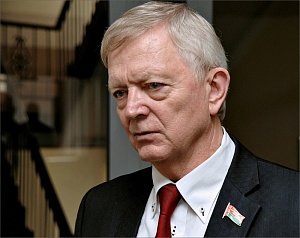 Delegation from the Republic of Belarus Visited PetrSU

The Innovation and Technology Park of PetrSU hosted a meeting of the Rector of Petrozavodsk State University with the delegation from the Republic of Belarus.


The Innovation and Technology Park of PetrSU hosted a meeting of the Rector of Petrozavodsk State University with the delegation from the Republic of Belarus.

The participants of the meeting were the Vice Rector for Scientific Research Vladimir Siunev, head of the Department of Innovation and Production Olga Derbeneva, representatives of innovation enterprises and companies established by PetrSU.

Anatoly Voronin told the guest about the structure of the university, priority areas of research and innovations implemented under programs and projects, international activities, cooperation with Russian and foreign companies.

The guest continued their visit with a tour around the Innovation and Technology Park of PetrSU, during which the members of Belorussian delegation learned about the innovation enterprises and laboratories: Budget Monitoring Center, Engineering Center (OOO Nanoseti), Automation Systems Center (OOO Optisoft).

“I was glad to notice that the quality of the projects implemented by your specialists is up to the world standards. This proves that Petrozavodsk State University is a modern educational institution that follows the contemporary trends in science and education development. We will do our best to put everything we have heard of and seen today into practice. We will encourage all the leading Belorussian universities to cooperate with PetrSU. I think those areas we have discussed during the meeting with the rector, such as technologies, education, science, will be our priorities for further cooperation between Karelia, Petrozavodsk University, and Belorussia. I am sure that we have great prospects for cooperation!” shared his opinion the Chairman of the Commission for Foreign Affairs of the Parliamentary Assembly Sergey Rakhmanov after the visit to the Innovation and Technology Park of PetrSU.