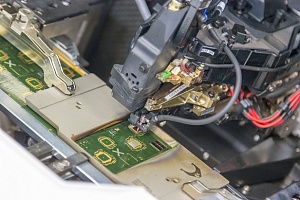 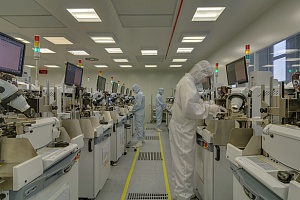 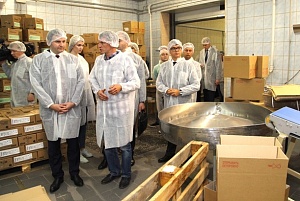 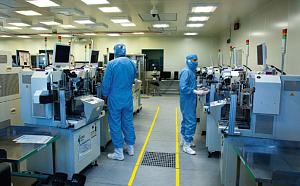 PetrSU is the Winner of the Federal Target Program Contests

The Flagship University of the Republic of Karelia won the contests of the Federal Target Program “Research and development in the priority areas of the development of science and technology complex of Russia in 2014-2020” of the Ministry of Education and Science of Russia.

PetrSU project “Research and development of comprehensive technology for producing functional food products in order to ensure food safety in the northern territories of Russia” won in the category “Applied research and development for production and technologies”. The project took the 10th place in the overall rankings among 195 participants (altogether 57 applications were supported). The project is intended to contribute to the development of a comprehensive technology for producing functional food products for the northern territories of Russia. The total funding of the project will be 300 000 000 rubles, 50% of which are allocated by the Ministry of Education and Science of Russia, and the other part will be contributed by an industrial partner.

The Trading House Yarmarka will be the industrial partner of the project. The Yarmarka Company specializes in producing food for healthy eating and makes packaged grains, both traditional and exotic, ready-made packages for the first and second courses, cereals and flour. The products are represented in the largest federal and regional retail networks in 58 regions of Russia, as well as exported to 19 countries of the world. Over 25 years the company has built up an extensive experience in the food market. The Trading House Yarmarka is among the five largest grain producers in Russia. PetrSU has been cooperating with the company for over 5 years both in the field of development of innovative food products and training of specialists.

In the category “Applied research for solving complex problems in science and technology” PetrSU won with the project “Development of solid-state storage systems using LSI microchips produced with the 3D multichip packaging technology”. The project took the 5th place in the overall ranking of 122 participants (altogether 21 applications were supported). The aim of the project is to start the industrial production of competitive products in the form of the first Russian nonvolatile memory, and storage and data processing systems based on several technologies, products, algorithms, and software systems.

The project implementation provides for the solution of the problems of the interconnected research and development in 3D technologies, development of an LSI microsystem, data storage optimization, building the high-capacity integrated systems of data storage and processing, as well as launching the developed new products and technologies into manufacture. The total budget of the project is 375 000 000 rubles, of which 250 million rubles will be provided by the Ministry of Education and Science of Russia, while the rest will be contributed by an industrial partner.

The project will be implemented by the Consortium of three organizations: Petrozavodsk State University, GS Nanotech (Gusev, Kaliningrad Oblast), and Opti-Soft (Petrozavodsk).

The GS Nanotech is a long-time partner of PetrSU. In the framework of the cooperation, the organizations implement educational programs, research, international innovative projects. Over the past five years over 5 projects, each more than 15 million rubles worth, have been implemented by the partners.

This project would have been impossible to conceive without the many years of the Consortium’s involvement in the development of additional professional education in the field of nanoelectronics, commissioned by the Fund of Infrastructure and Educational Programs of the Rosnano Group.

The GS Nanotech is one of the most rapidly developing research and production centers in Russia. It is one of a kind center for the development and production of microelectronic products in Russia. The output capacity is 20 million microchips a year. It is the only enterprise in Russia that renders services in design and assembly of multichip modules on the contract base, including the System-in-Package. The annual turnover of the company amounts to over 2 billion rubles.

The Opti-Soft Company has an extensive experience in development and application of mathematical models, methods and software systems for production planning. In the last five years, the research team has introduced to industrial operation over 40 applied software systems.


The projects are tightly integrated into the Flagship University Development Program and constitute a part of the strategic projects “New Industries: IT and Microelectronics”, “New Solutions for Agriculture and Fish Farming”, and “Health Protection in the North”. The implementation of the project in cooperation with the Trading House Yarmarka, as a solely Karelian enterprise, is a strategic priority for the Flagship University of the Republic of Karelia. The IT-Park, Engineering Center and the Nanocenter of PetrSU will take part in the implementation of the projects.

Both projects are application-oriented and by the results of their implementation both the Trading House Yarmarka and the GS Nanotech will launch the production of new products and bring them to the market. It is one of the principal goals of the programs under the 1.3 and 1.4 categories of the Federal Target Program “Research and development in the priority areas of the development of science and technology complex of Russia in 2014-2020”.

The aim of the Federal Target Program is to build a competitive and efficient sector of applied research and development.

The Program is oriented on the organization and funding the research that results in real developments and products. It allocates resources for doing applied research in those areas of technology that have the highest priority for Russian economics and promote its competitiveness.