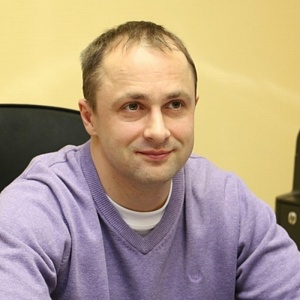 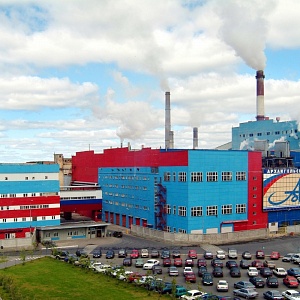 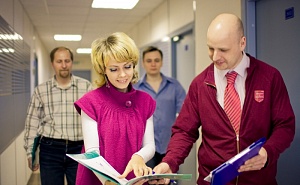 The Automation Systems Center of PetrSU Celebrates its 15-Year Anniversary

Fifteen years ago Petrozavodsk State University founded a new independent unit – PetrSU Center-Automation Systems (currently the Automation Systems Center). The unit was established at the premises of the Department of Applied Mathematics and Cybernetics of PetrSU with the aim to render services in the field of information technologies and development of automation systems for managing enterprises and industrial processes.

The cooperation between PetrSU and large industrial enterprises of Russia started in 1982. Until 2002 the works under the orders of enterprises and organizations have been carried out by the teachers and employees of the Department of Applied Mathematics and Cybernetics with the assistance of the employees of other departments and organizations. Yet, as the number of projects continued to increase and the necessity for their efficient implementation aroused, a separate unit was to be established. The Center was created on the basis of practical cooperation with the Finnish companies Metso Automation and Metso Minerals. Metso is a large multinational corporation with an annual turnover of over 6 billion Euros and over 27 thousand employees. The company is one of the world’s leaders in producing equipment, technologies and control systems for enterprises of pulp-and-paper, mining, oil-and-gas and other industries. This determined the focus area for the new structure of PetrSU. The Finnish partners have realized that PetrSU is a highly efficient university with solid educational bases and relations with the pulp-and-paper industries of Russia, which date back to 1982. Later the Center has established partnership relations with such renowned companies as Metso Automation Inc., Metso Minerals Inc., VTT Technical Research Center of Finland и Nokia Research Center, Samsung, Siemens.

“Most projects implemented by the employees of the Center are the continuation of the work and developments of the Department of Applied Mathematics and Cybernetics, done in the 80-90-s of the 20th century, adapted for modern information technologies and new demands of industry. Mathematical models, methods of problem solving and information solutions employed in the projects have enough generality to be used for planning and managing enterprises in various industries: pulp-and-paper, wood processing, machine-building, transporting, making leather, metal and wood products. The software systems developed by the specialists of the Center allowed increasing the efficiency at a great number of industrial enterprises and saving tens of millions of rubles,” said Anton Shabaev, the Director of the Automation Systems Center.

Since its establishment and till the present day the personnel of the Center has grown from 5 to 80 people, while annual turnover has increased in more than 10 times. Since 2001 the Center has implemented 35 projects on the integration of Metso Automation information systems, over 50 projects on automation of industrial enterprises in Russia and several foreign countries.

In 2005 the Center opened the Training Center on SCADA, which is the only center in Russia on the SCADA systems of Metso Automation that provides certified training. So far over 955 specialists of 40 enterprises of Russia have undertaken training at the center, as well as 170 students and postgraduates of PetrSU.

In 2009 the Center was included into the IT-Park of PetrSU as one of the principal units. The employees of the Center moved into the newly renovated building on pr. Lenina 31.

Since 2012 small innovative enterprises are being established at the premises of the Center jointly with PetrSU: Opti-Soft, Cloud Computing, Safety of Electronic Technologies, Center for Computational Analysis, KARTON OPTIMA. The Center explored new areas related to information technologies for manufacturing companies.

The achievements of the team are regularly distinguished with diplomas at international expos and contests. The software developments of the Center’s specialists have received state certificates of registration for computer programs.

In 2015 Metso Automation Company changed its name into Valmet Automation which led to the change in the name of the Center: the Automation Systems Center.