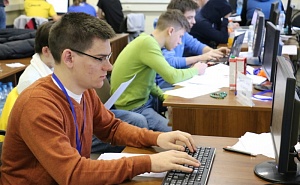 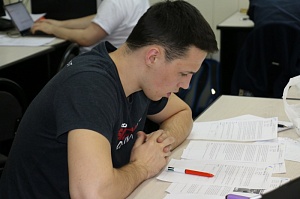 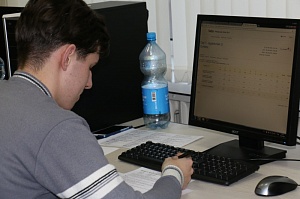 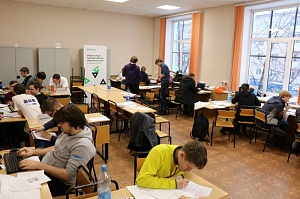 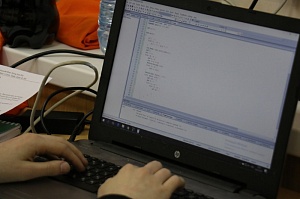 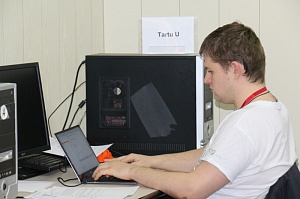 The Strongest Programmers from all over the World Came to PetrSU

Petrozavodsk State University is hosting the Winter Programming Camp for the 17th time. This is one of the largest international collegiate programming competitions that gathers the strongest teams of the world's leading universities twice a year.


Petrozavodsk State University is hosting the Winter Programming Camp for the 17th time. This is one of the largest international collegiate programming competitions that gathers the strongest teams of the world's leading universities twice a year.

The camp, which lasts 9 days, is one of the final crucial stages of the preparations for the ACM-ICPC World Finals, which this year will take place in Beijing (the People's Republic of China) in April.

At the Camp, PetrSU is represented by three strongest teams of PetrSU Programming Club, trained by the Master Degree student of the Institute of Mathematics and Information Technologies Svyatoslav Starkov.

Nina Svetova, the Director of the Institute of Mathematics and Information Technologies, Vladimir Kuznetsov, Professor of the Department of Applied Mathematics and Cybernetics, and Roman Soshkin, Andrey Lopatin, Oleg Khristenko, who are the members of the Camp’s organizing committee, wished success to the participants.

The Camps are one of the brands of Petrozavodsk University. Similar events are held only in Moscow, on the premises of Moscow Institute of Physics and Technology (Moscow Workshops) and in Spain («Hello Barcelona»). Their importance in training of the athletes was confirmed by Andrey Lopatin, the coach of the combined teams of St. Petersburg State University, two-time World Programming Champion (2000 and 2001): «The Camps of Petrozavodsk State University are the most prestigious and world-famous event. Everybody wants to come because the level of participants is the highest here. There are more top-level participants here. I bring my teams to PetrSU year after year. In order to win at the World Finals, you need to put a lot of effort. Therefore, we traditionally hold the final stage of preparation for the Finals in PetrSU. Here you can properly prepare. This has already become a good tradition».

The former participants Ilya Nikolayevsky (a graduate of the Institute of Mathematics and Information Technology of PetrSU, silver medalist of the International Collegiate Programming Contest) and Gennady Korotkevich (two-time World Programming Champion (2013 and 2015) told about the benefits of participating in the Camp.

Ilya Nikolayevsky: “The Camp is the most intensive, interesting and useful part of training. The Camps have immensely contributed to my development. Unlike regular training, talented guys and the best coaches come from all over Russia and abroad. This is an incredible platform for the exchange of experience and knowledge. These are interesting lectures, constant live communication, healthy competition, and cooperation.”

Gennady Korotkevich: “In my opinion, the Camp is one of the most effective ways to prepare. You are immersed in the environment for 1,5 weeks and you are not distracted by other activities and problems. It's intense. This is the most useful part because immediately after the competition you can discuss how others solved the problem and learn almost all possible solutions to the problems. These Camps have rich history and are among the most renowned. Now there are events similar to Petrozavodsk Programming Camp. But I believe that PetrSU Camp is the most effective.”

The father of the Camp is the founder of PetrSU Programming Club, Professor of the Department of Applied Mathematics and Cybernetics Vladimir Kuznetsov. Under his leadership, PetrSU teams have won the World Programming Championship three times (2007, 2008, 2010), with one silver and two bronze medals. The team of PetrSU has represented the Russian national team at The ACM-ICPC World Finals 5 times in the third millennium.

The statistics confirm the effectiveness of participation in the camp, as 53% of the prize-winners of the World Finals have trained at PetrSU Programming Camps.

The international Winter Programming Camp will work until the 9th of February.

The largest gaming company in Russia Playrix has joined the companies that are supporting the Camp this year. This company is among the top 10 most successful mobile developers in the world. Today the team consists of more than 800 professionals working from 22 countries and 107 cities, as developers can work in the Playrix either in one of the 11 offices or remotely. Playrix is the creator of such hits as Homescapes, Gardenscapes, Fishdom, and Township, which millions of people play every day.