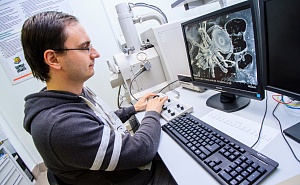 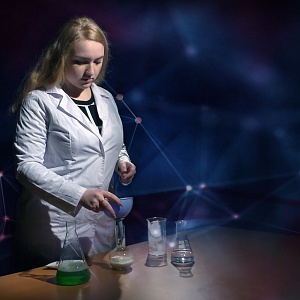 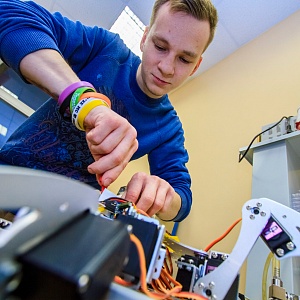 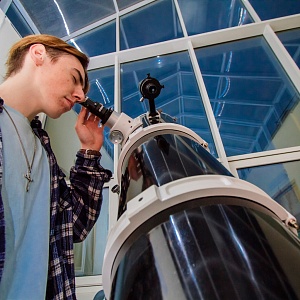 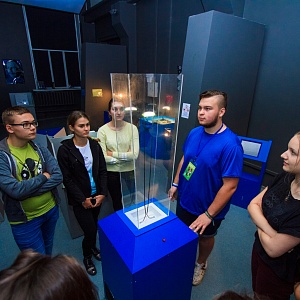 
In 2017 employers and students of PetrSU received 14 patents for inventions, 34 for utility models, 17 certificates of official registration of computer programs.

Project “Continuous Sorting Machine” took the second place in the contest of developments made by student design bureaus and students research and development of the Flagship Universities.

The Institute of Medicine developed the blood simulator: a safe composition that can be used by students in the determination of blood group, Rh factor, glucose and cholesterol levels etc.

Scientists developed an innovative technology of computing containment of fishery models and a range of cages for industrial fish farming.

PetrSU website launched the pilot version of the electronic project of Media Reference “The Kizhi Island in Russian Literature”.

Scientific journal Issues of Analysis joined the Web of Science Core Collection, which is publicly available.

The Unknown Dostoevsky journal joined the ERIH PLUS.

In 2017 the Student Scientific Conference of PetrSU gathered 4384 people: 3373 students and over 100 schoolchildren.

Senior research fellow of the Institute of High Biomedical Technologies of PetrSU, Candidate of Biological Sciences, Olga Kulakovskaya, the Associate Professor of the Department of Social Science and Social Work of PetrSU, head of the Student Science Club “Family Chronicler”, was elected the corresponding member of the International Academy of Genealogy.

PetrSU teacher Nikolai Kuldin, Candidate of Physical and Mathematical Sciences, head of the Department of Power Supply of Enterprises and Energy Efficiency of the Institute of Physics and Technology became the winner of the grant contest of the Vladimir Potanin Foundation 2016/17.

Andrey Chalkin, Master Degree student of the Institute of Biology, Ecology and Agriculture Technologies (program “Ecology and Environmental Management”) won a grant of 300 000 rubles for the project in the development of building material on the basis of wood waste.