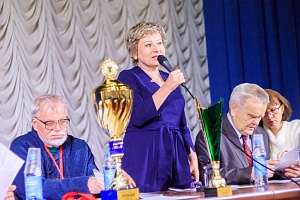 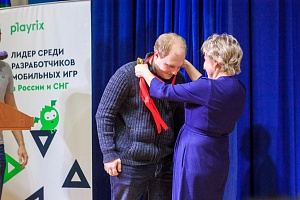 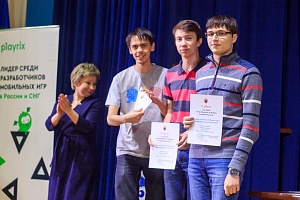 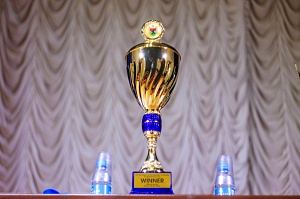 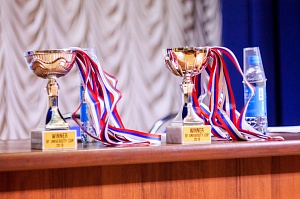 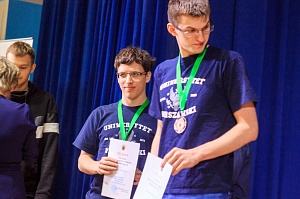 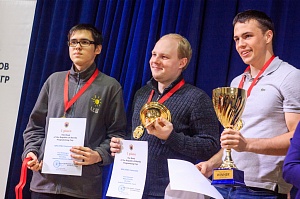 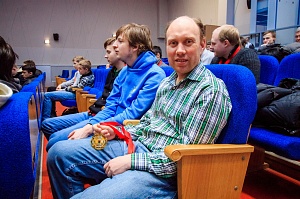 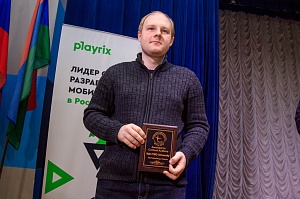 The assembly hall of PetrSU hosted the official awarding ceremony presenting the winners and prize-winners of the international Head of the Republic of Karelia Cup in Programming among students.


The assembly hall of PetrSU hosted the official awarding ceremony presenting the winners and prize-winners of the international Head of the Republic of Karelia Cup in Programming among students.

The teams competed for the Cup in the framework of the 17th Winter Programming Camp.

The first team of ITMO University (Saint Petersburg National Research University of Information Technologies, Mechanics and Optics) was the fastest and most precise in solving contests of the World Finals level. Masters of programming solved 18 problems out of 23. The second place was taken by the Red Panda team of Moscow State University. They, too, solved 18 contests, yet it took them more time. On the third place was the Eagles team of the University of Warsaw with 17 problems solved.

The winners and prize-winners were congratulated by the Deputy Prime-Minister of the Republic of Karelia Larisa Podsadnik, who awarded the Cup and medals. She noted that the Programming Camps have become the brand of Petrozavodsk University, as well as the Republic of Karelia. “Young people at Petrozavodsk State University are talented, creative. Not only are they successful in their studies, but they are also able to compete in international competitions and win prizes. PetrSU students are competitive, there is a good reason behind the fact that they study at Petrozavodsk University and work all over the world!” noted Larisa Podsadnik.

The Director of the Institute of Mathematics and IT Nina Svetova and Professor of the Department of Applied Mathematics and Cybernetics, the founder of the camps, Vladimir Kuznetsov also wished the participants further success.

Andrey Stankevich, the coach of the winning team, told about the formula for success: “In a tight race, the team managed to get ahead the competitors. The formula for success is hard work and the team, two members of which are the 2017 World Champions. I had to make sure that the guys could work in a team, and achieve success together. I helped the team to come together, guided them on tactics and strategy. We have become friends; we do not only train together, but we also spend time with each other. The competitors at this camp were formidable. Many of them will take part in the upcoming World Finals. I thank the organizers of the camp for the engaging and eventful program, which included carting, bowling, trampoline jumping. With each year the contests are more complex and compelling. Many contests were brought by the teams that know what is in trend these days like graphs, data structures. When participants prepare a contest, they exchange experience and it is the main value of the camps.”

The coaches of the participating teams explained why they had decided to take part in the camp.

Maksim Sporyshev, coach of the Far Eastern Federal State University: “Since the last year we have started going to training camps. It turned out to be useful. In the course of 7-9 days we can solve the problems, see the leaders, and it motivates us and acts as a powerful catalyst. We have come to PetrSU for the first time. We thought that Petrozavodsk invited only the finalists of the World Championship and were delighted to learn we could come too. For us, it was an amazing opportunity to practice. We have crossed the whole country to gain this experience.”

Guntis Arnicans, coach of the team of the University of Latvia: “I have brought teams to Petrozavodsk several times. It is a great opportunity to test the team in competition. By the end of the camp, our results are not impressive; I think this is due to the incompleteness of the team: two participants. After the camp, we will once again analyze the contests to figure out which topics we should pay more attention to. We should see what problems the team can solve. There is still time before the World Finals to improve our results.”

The camps are one of the final, the most efficient stage in preparation for the ACM ICPC World Finals. Traditionally twice a year PetrSU gathers around one hundred programmers from Russia, near and far abroad.

This year among the participants of the camp were 55 teams from 32 universities, 25 cities, 12 countries (Russia, Belarus, Ukraine, Kazakhstan, Poland, Latvia, Lithuania, Estonia, Romania, the Czech Republic, Finland and the USA).

The primary sponsor was the Yandex company, among the sponsors were the AIM Tech, Botan Investments, and Playrix, the partner of the camp – Moscow Workshops.