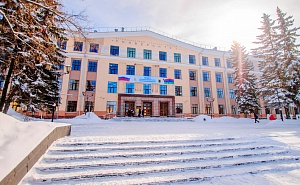 The Second Place among the Universities of the Northwest!

Altogether the ranking includes 444 Russian universities (state, municipal and private). The evaluation included such parameters as citations of the employees of the organization, commercialization of intellectual products, and demand for scientific products of the organization, as well as the share of graduates who received job placements.

According to the ranking PetrSU indicators are higher than those of several federal and national institutions: share of graduates who received job placements – 91.1%, share of commercialization of intellectual products –16.0%, i-index of citations –14%.

The ranking shows the actual performance of higher educational institutions and the demand for them in the labor market. At the same time, prospective students learn about universities where they can receive a demanded profession.

The national ranking of universities of the Russian Federation is held by the International News Agency Russia Today every year and evaluates the demand for Russian universities from Russian economics.