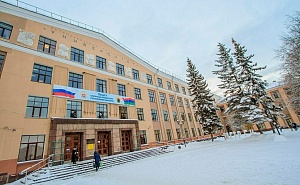 Petrozavodsk State University, the Flagship University of the Republic of Karelia, is represented by the Rector of PetrSU, Anatoly Voronin, and Olga Derbeneva, the Head of the Department of Innovation and Production of PetrSU.

The selection of universities has been implemented on the basis of two expert evaluations. One of them was conducted by Russian employing companies, and the second one – by experts from the professional community and representatives of the universities. The flagship universities become the premises for various innovative engineering centers, and develop socio-economic, engineer, and pedagogical educational programs.