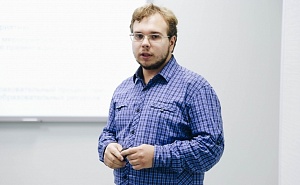 The second season of the “I am a Professional” student contest is over.


The second season of the “I am a Professional” student contest is over.

The winners are 952 participants, 2085 have become prizewinners.

The second season featured students from all regions of Russia. Among prizewinners, this year are representatives of 75 different regions. Many of the winners will be placed for an internship at the leading Russian companies and will be given an opportunity to turn their life around as well as contribute to the development of the economy of the country.

The contest indicates the efficiency of students, as well as universities and regions.

Ruslan Alkin, the 2nd year student of the Master Degree program “Applied Mathematics and Computer Science” of the Institute of Mathematics and Information Technologies of Petrozavodsk State University became a prizewinner of the “I am a Professional” contest in two nominations: “Artificial Intelligence” and “Programming and Information Technologies”.

“First of all this a great experience for me. Secondly, it facilitates internship in Russian and international companies,” said Ruslan.

Ruslan Alkin is a holder of the President’s scholarship and the winner of the UMNIK contest of innovative projects. He is five-time participants of the semi-finals (NEERC) of the ACM International Collegiate Programming Contest as a member of PetrSU team.