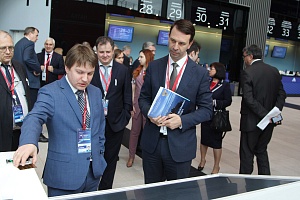 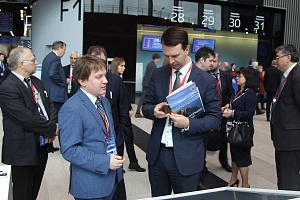 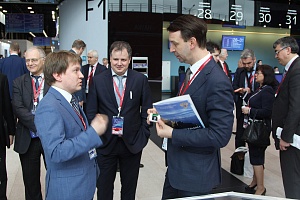 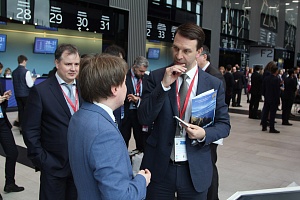 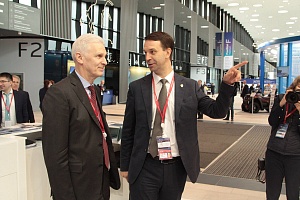 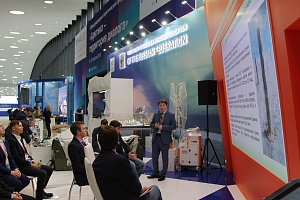 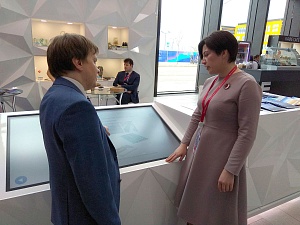 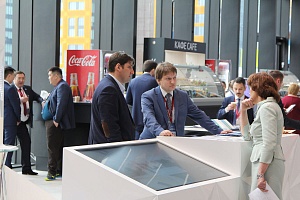 PetrSU Presented Innovations at the Forum “Arctic – Territory of Dialogue”

The congress and exhibition center Expoforum in Saint Petersburg hosted the 5th International Arctic Forum “Arctic – Territory of Dialogue” with the participation of the President of Russia, Iceland, Finland, Norway, and Sweden.


The congress and exhibition center Expoforum in Saint Petersburg hosted the 5th International Arctic Forum “Arctic – Territory of Dialogue” with the participation of the President of Russia, Iceland, Finland, Norway, and Sweden.

The Forum is held since 2010 and is the largest platform for joint discussion with foreign partners of relevant issues and prospects of development of the Arctic region.

In 2019 PetrSU took part in the Forum within the exposition of the Ministry of Science and Higher Education. The exposition presented both initiative developments of PetrSU scientists and the projects implemented in the framework of the federal target program “Research and Development in Priority Areas of Development of Scientific and Technological Complex of Russia for 2014-2020”.

Moreover, the platform of the Ministry of Science and Higher Education featured presentation of the project “Prospects and benefits of the northern and Arctic territories for the establishment of global center of data storage and processing on the basis of Russian solid body data storage systems”.

The project stipulates the establishment of a network of centers for data processing in Karelia, production of data repositories and creation of a central node of the data processing center.

Technologies and products that serve the basis of the developed infrastructure are produced in Russia on the premises of GS Nanotech in cooperation with PetrSU. The researchers plan to ensure high localization of production through intensifying developments in the areas of microelectronics, printed circuit boards, packaging, power electronics, and software.

The Republic of Karelia was chosen as a place for the project of establishing data centers as a region that fully meets the requirements: temperature, humidity, seismic stability, etc.

The major asset of placing the project in the northern regions is cooling owing to climatic conditions, which considerably decreases the maintenance costs. Alongside geographical benefits, the digital infrastructure will be built on data storage systems and solid-state drives developed within the project “Solid body data storage systems with integral microcircuits of high levels of integration produced using technologies of 3D multicrystal packaging”. This makes the project unique in the context of existing world analogs.

The lead partner of the project is GS Nanotech company, the only Russian company that develops and mass products its own microcircuits for consumer electronics. PetrSU and GS Nanotech have been implementing joint projects since 2014, moreover since 2014 PetrSU has a resource facility of GS Nanotech. The plant capacity allows series-production of up to 20 million microcircuits a year.