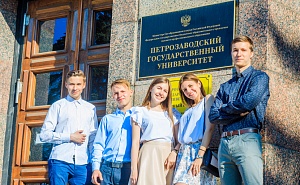 According to the results of the 10th annual national university ranking of the Interfax  Information Service Group, Petrozavodsk State University is on the leading positions among the universities of Northwestern Russia and the Flagship Universities of Russia.

The aim of the annual National Universities Ranking is an evaluation of activities of a modern university on par with the world’s best institutions, development of communication between the academic community and mass audience.